CD Annuities (also known as a Multi-Year Guarantee Annuity), are an insurance hybrid product that mixes the long-term interest rate of a CD (certificate of deposit) and a fixed annuity. It’s a long-term, tax-deferred retirement savings vehicle that guarantees a fixed rate (usually 3-10%) for the entirety of the contract term (usually between 1-10 years). The interest a CD annuity earns often grows faster than a typical banking CD with the same interest rate. This type of annuity is attractive to investors who want the guaranteed interest rate of a long-term CD but don’t want to pay taxes on that interest every year – as with other annuity types, the interest earned is taxed only when withdrawals or income are generated. 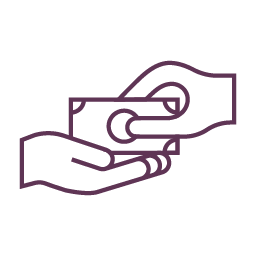 What’s the difference between a CD, a fixed annuity, & a CD annuity?

As with other annuities, the CD annuity is intended to be a long-term investment savings tool. Terms are typically 1-10 years and multiple annuities can be laddered (similar to the way many people structure their CD savings) to create a stream of liquid funds at regular intervals. It’s important to note that, as with many investments, early withdrawals before age 59 ½ may be subject to federal tax penalty, and all withdrawals are subject to income tax. There are also surrender charges to consider for withdrawing more than the allowed percentage each year.

A CD is offered by a banking institution and insured by the FDIC up to $100,000 (for non-retirement accounts), but an annuity is offered by a life insurance company and covered by individual state reserves between $100,000-$300,000 (varies by state). CDs creates taxable income every year – even if the CD is rolled over into a new CD at the end of its term, you’ll pay the taxes annually. A CD annuity, however, can be rolled over into another annuity without causing a tax event – you’ll pay taxes on any earnings created by the annuity when you make a withdrawal. Another big difference is the ability to make a withdrawal from a CD annuity without having to cash it out – a traditional CD has to be left alone until its term is up or you lose earnings and pay surrender charges to cash it out early.

Which CD Annuities Product is Best?

As an independent agency, we have access to essentially all products on the market. Purchasing an annuity is a big decision and FSG can help you to make sense of the jargon, understand the subtle differences between plans, and find the ideal products that best meet your needs and objectives.

Have Questions?
We’re Here To Help!

Annuities and life insurance can play an essential role in your retirement portfolio by helping to protect what you’ve earned and ensure it lasts.

FSG is here to help you make the best decision for your situation. Fill in our form and we will be happy to contact you to discuss your options.

Get Started Today! Fill Out the Form Below